The attention of the major English newspapers, published Thursday, fell on the team of the Premier League, Liverpool, on the occasion of its defeat at home Anfield yesterday against Brighton (1-0), and his distance from the leaders of Manchester City, by a full 7 points.

The Metro newspaper headlined: “No bright spark…Liverpool fall flat again as seagulls swoop while Lingard makes his mark for hammers.”

At the bottom, I wrote: “Guardiola will not drift after the 13th victory.”

For its part, titled “The Daily Telegraph”: “Mind the gap…Reds fall seven points behind City in title race”

She added: “Ali and Kane give Spurs a boost”, referring to Daily Ally’s positive speech about his future with Spurs and Tottenham coach Jose Mourinho’s announcement about the recovery of Harry Kane’s quick from his injury. 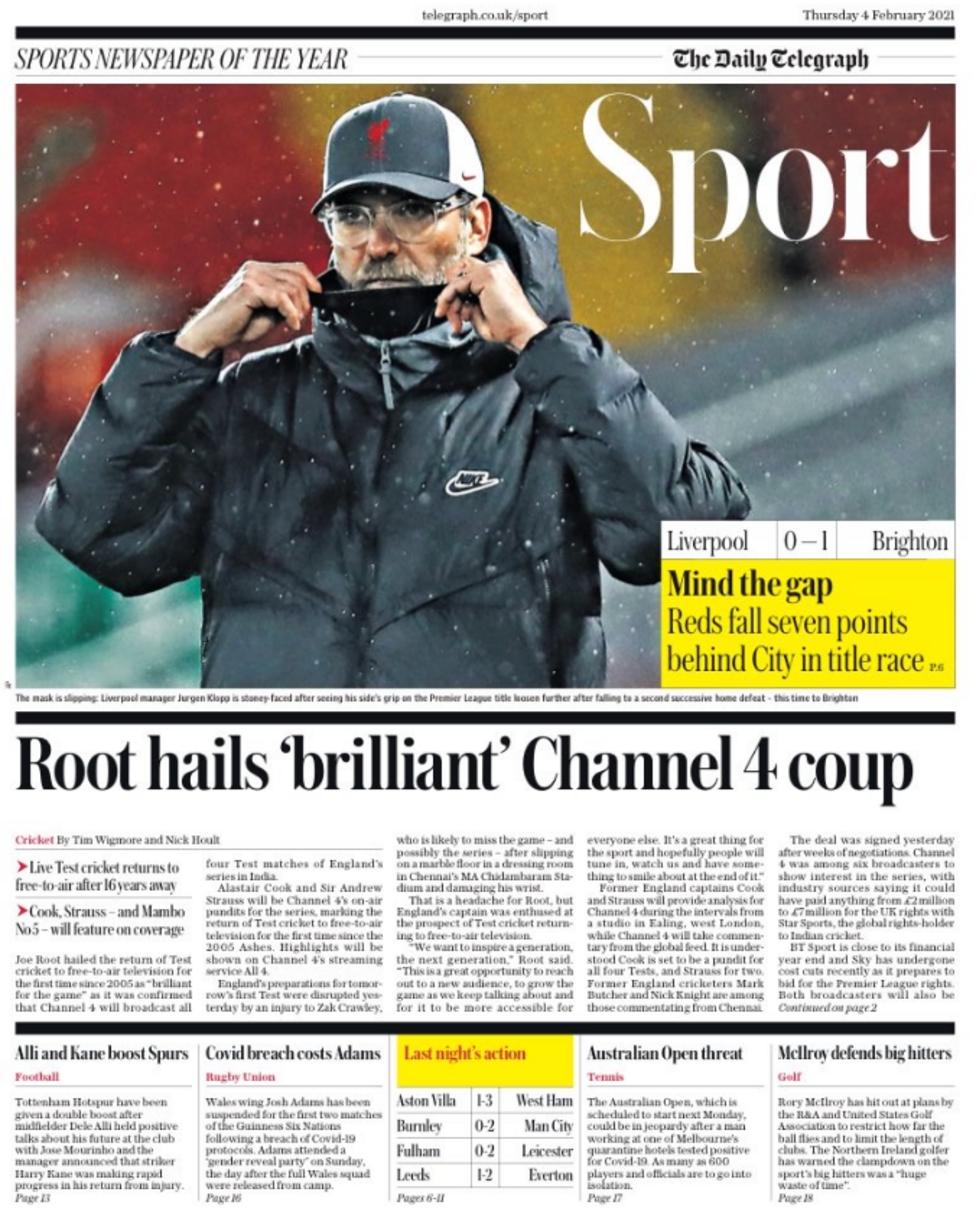 As for the Guardian newspaper, it was titled: “Liverpool ground with City up next”. 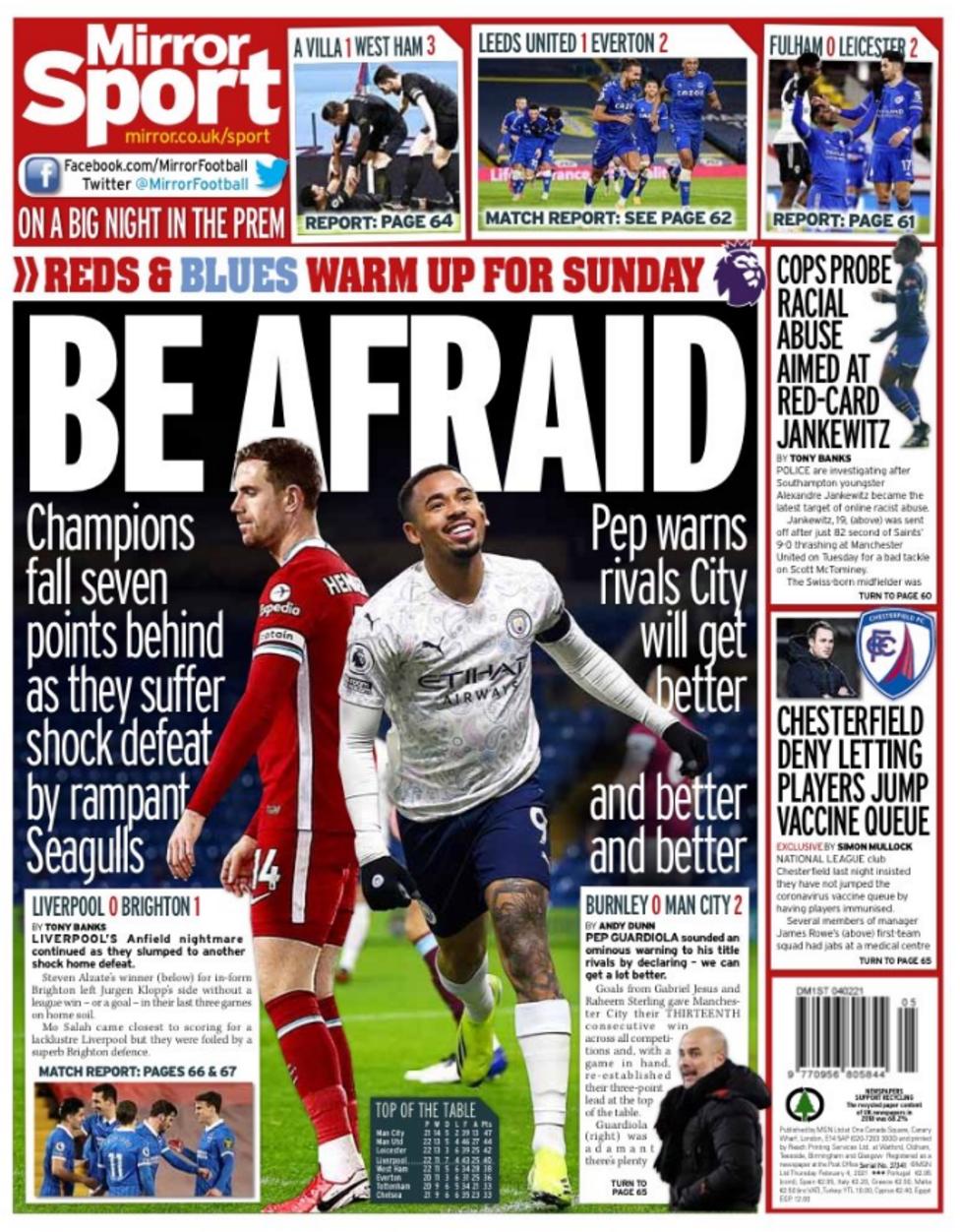 A reward awaits Ronaldo from Juventus

Mental fatigue in the dock after Liverpool fell to Brighton

C.L and E.L Championship medals were stolen from Chelsea player

Sheep force Ronaldo to change his house in Manchester

Messi responds to Pele’s “sarcasm” on his talent