Trump hints at French wine tax before flying to G7 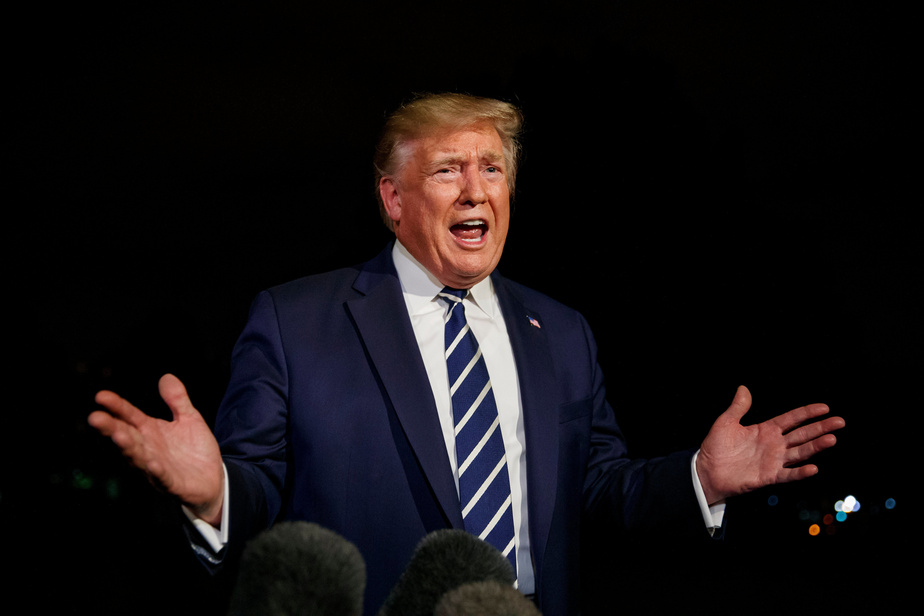 US President Donald Trump again threatened Friday to impose additional tariffs on French wines before flying to Southwest France where he must attend the G7 summit.

Claiming to expect “very productive” talks at the Biarritz summit, he nevertheless brandished, during an exchange with journalists, the threat of retaliation for the imposition of a French tax on the American giants of the sector. high technologies.

“I do not like what France has done,” he said. “I do not want France to impose taxes on our societies. It is very unfair.

“If they do, we will impose tariffs on their wines,” he added. “Tariffs as they have never seen,” he insisted, adding that he had “very good relations” with his French counterpart Emmanuel Macron.

The G7 summit brings together the heads of state and government of the seven most industrialized countries (Canada, France, Germany, Italy, Japan, the United Kingdom, and the United States).

At the 2018 edition in Quebec, Donald Trump caused a stir by treating Canadian Prime Minister Justin Trudeau “dishonest” and refusing to sign the final declaration of the summit.

The Republican billionaire has planned to meet face-to-face most of the leaders of the G7 to begin with Emmanuel Macron with whom there are many points of disagreement, from Iran to the climate, through the taxation of digital giants by Paris.

The meeting between Mr Trump, a strong supporter of an uncompromising Brexit, with the new British Prime Minister Boris Johnson will also be scrutinized with attention.

A few hours before his departure, the tenant of the White House once again blew on the embers of the trade war between the United States and China with a series of tweets with a particularly aggressive tone.

Beijing on Friday announced new tariffs, and the US president fought back by announcing that all of the $ 550 billion of Chinese products imported into the United States would be subject to even higher customs duties by the end of the year.

China increases tariffs on US productions

The awakening of Barcelona and the first goals Griezmann

Maradona’s legacy will be auctioned off

Exploitation and harassment and rape…Crimes in garment factories